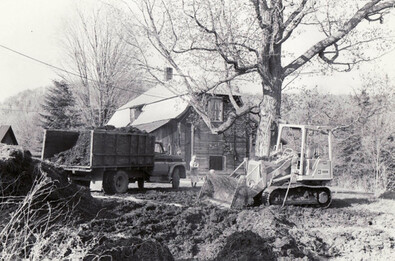 Vermont Compost Company was founded by organic crop growing professionals in 1992, in order to satisfy the demand for high quality composts and compost-based living soil mixes for certified organic crop production. Our mission is to enhance and protect the soil, to help restore community food security.

In 1960, when Karl was eight years old, his parents left their home on Manhattan’s West Side with one thousand dollars in their pocket. They drove north searching for 100 acres of suitable land. They got as far as Vershire, Vermont, where they purchased 125 acres of pasture and forest at the top of the watershed, for $1,250.

From his earliest memories, Karl was fascinated with farming. During the 1960's, Karl discovered his Vershire neighbors Charles Orr, Bill Perkins, Stanley Kendall, Gile Kendall, Ralph Brown, Mattie and Byron Titus, et al. These seasoned farmers were still operating using traditional farming methods on their manure-based, horse, and horse/tractor powered farms. They taught Karl how to stack loose hay, drive a horse, and drive a tractor. Karl said, “They showed me how to go out in the woods and pull the guts from hollow logs, moving them with a wheelbarrow to feed the hogs. They fed horse and cow manure to hogs. They bedded cows with grass and leaves..."

When Karl was in his teens he left public education to follow his own path. In 1969, he traveled to Spain where he worked with the local farmers and started a bagel baking business. As a teenager he traveled to New Mexico to farm. By the time he was 19 he came back to Vermont and began to clear land, starting an organic farm on his family’s land in Vershire: “We started farming in 1970. Milking goats and cows, selling vegetables at the farmer’s market, Norwich market, and to New England Produce, which later became Squash Valley Produce.”

Karl remembers a local hardwood bobbin mill on a 10-acre river bottom where lay a “library” of different piles of bark, all separated by species and age. With access to this resource he experimented, “When I got there you could buy an eight yard bucket for $2.00, any species and any age: ash, yellow birch, maple, oak. When you clear hardwoods you get incredibly vigorous plants.” 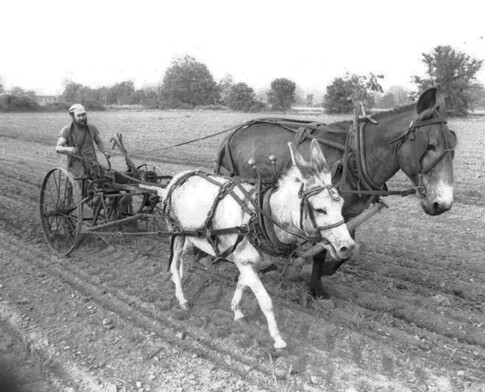 With learning partners like organic grower, Eliot Coleman, who was then at the nearby Mountain School, Karl began to realize commercially available fertilizers and potting soils didn’t have any labeling declaring their ingredients. Karl began experimenting, making his own compost and potting soil. During this period, Karl also began to read extensively on the topic of organic growing. Among his influences were Sir Robert Howard, who developed the “Indore process”, named after a town in the state of Punjab, India, where Sir Howard had farmed in the 1920's. Sir Howard’s book An Agricultural Testament established one of the central principles of organic farming, from which came Vermont Compost Company's eventual motto: “Feed the soil, and the soil will feed the plants.”

Karl has been instrumental in starting a number of manure processing and composting operations. In 1987, Karl started Moody Hill Farm in Millerton, a greenhouse growing operation that produced its own compost and potting soils. That operation continues an extensive organic growing operation to this day, under the name of McEnroe Organics.

Karl helped to found the Intervale Compost facility in Burlington, Vermont, and the manure composting operations at Lemax farms in Hartland and Lylehaven Farm in East Montpelier, Vermont. The current Vincent Flats composting facility in East Montpelier, operated by Vermont Compost Company, is an integral part of the operations of Fairmont Farms, a large dairy operation. Karl continues to offer consulting services to further the development of composting, organic growing, and sustainable egg production.

In 1996, Karl bought the Main Street Farm in Montpelier, Vermont. Since that time, Vermont Compost Company has grown from a small local operation to a company supplying soil to professional organic growers all over the country -- growers who rely on consistent, high-quality growing media, amendments, consultation, and support.